I’ve used the above term to describe a set of circumstances where you are attempting to achieve something but the mind is essentially sabotaging what you’re trying to do and you’ve got no control over it. I’ve given some scenarios below that I’ve helped people with over the past 18 years. 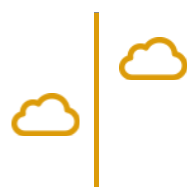 Trying To Get Pregnant

After a number of miscarriages and a stillbirth, in desperation, the decision had been made to turn to IVF as the clock was ticking. After the trauma of the previous events and now with the added financial burden of IVF treatment, the stress levels became ever increasing. Month after month, when pregnancy tests showed negative again and again, the tension increased and in desperation, I received a call for help.

Working with hypnosis and explaining the effects of stress to the unconscious mind, relaxation was achieved not only during the session but in between and she had a tool kit of techniques to use to help her remain calm and in the optimum state to get pregnant. I had a gut feeling after the third session that my client was pregnant, and when she arrived for her fourth session, she confirmed that this was the case and went on to have a successful pregnancy, resulting in a beautiful baby girl.

Caring for a partner or loved one when they are ill or going through a challenging time can take its toll but because you are doing it willingly, your own physical and emotional health can suffer without you consciously being aware, at a time when you really need to be on top form. My client came to me on the recommendation of someone who I helped over a decade ago. Providing long-term care was now taking its toll with IBS and other symptoms, all of which had been reviewed by doctors and specialists and found to have no physical cause.

The medication for the symptoms was causing side effects which were additionally distressing and the situation was becoming so overwhelming that sleep was now an issue too. After a few sessions it was reported that physical symptoms had disappeared and medication had ceased and “I’m feeling much more confident and am sleeping so much better and I can find time for myself to switch off during the day”.

A diagnosis of cancer or other serious illness creates a stress response in most people. This can exacerbate the situation; clinical studies have shown that with the stress hormone cortisol present in cells, specifically cancer cells, chemotherapy is less effective. If you’re faced with having a treatment which is going to make you feel bad before it cures you, it’s challenging, to say the least, to remain calm, especially when doctors and nurses are going to great lengths to prevent themselves coming into contact with the chemicals that are going to be injected into your veins. This is where hypnotherapy can help; studies have been carried out that show how using the power of the mind can positively help both the experience of treatment, making it more manageable to deal with, and the outcome of the treatment.

Contact me now to see how I can help.

Fill in the form below and I will get back to you as soon as possible...